Ricky Sikes, Internal Landscapes explores the eerie, peaceful, chaotic and sometimes intimidating nature of the dense forests of his home in Louisiana and other regions of the Deep South.  The complex reality of forests inspires him. His paintings echo his internal state of mind when he is immersed in a tangle of vines and a dense canopy of trees.

Rick Sikes is a practicing artist and educator based in Little Rock Arkansas. As a mixed media artist and painter he works in many genres including portraiture, figure painting and sci-fi illustration.

For Ricky Sikes the woods are irresistible. As a child, most of his time was spent deep in the woods pretending. His imagination was set free as he experienced the wonders of nature during his adventures and explorations. As an adult, he ventures into the woods to feel a natural presence, to clear his mind, or simply breathe the fresh air, all the while allowing his imagination and emotions to absorb the location.

Lighting and a mixture of stagnancy, motion and atmosphere produce in Sikes potent sensations of awe and presence. Using oil paint and mixed media, his goal is to capture the special and highly complex reality of the forest. All of the complexity, moods, contrasts, and make making echo his internal state when he is immersed in the tangled vines and dense canopy of the forest. 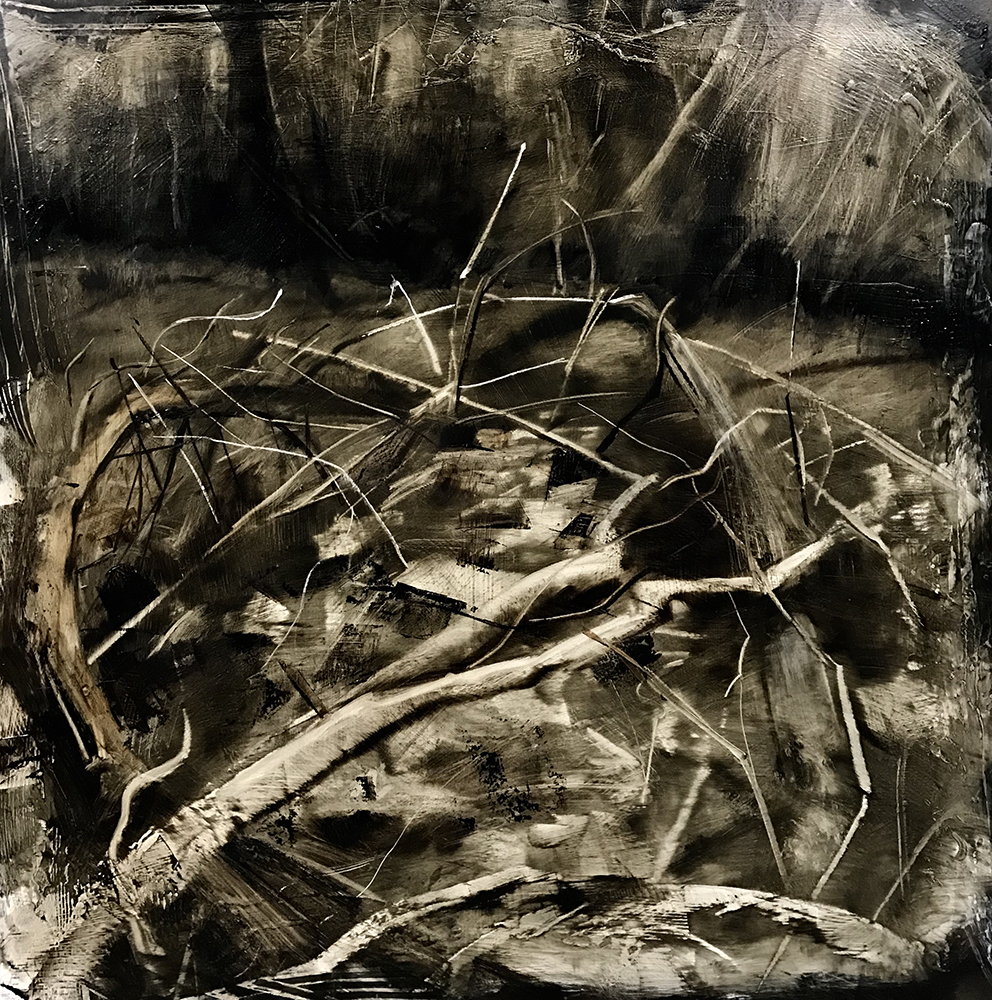 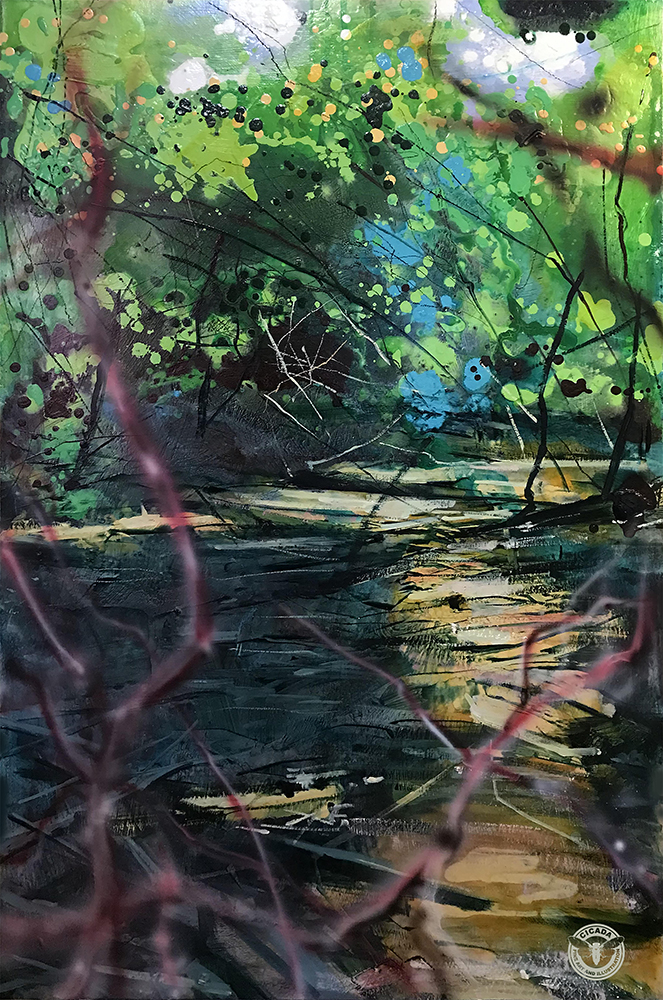 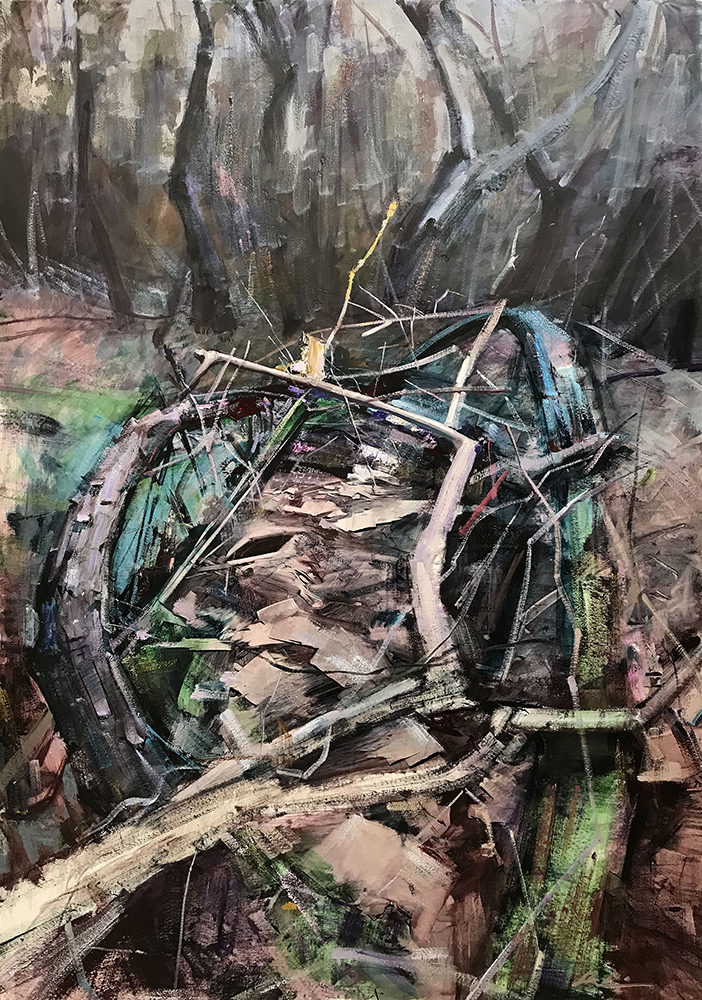